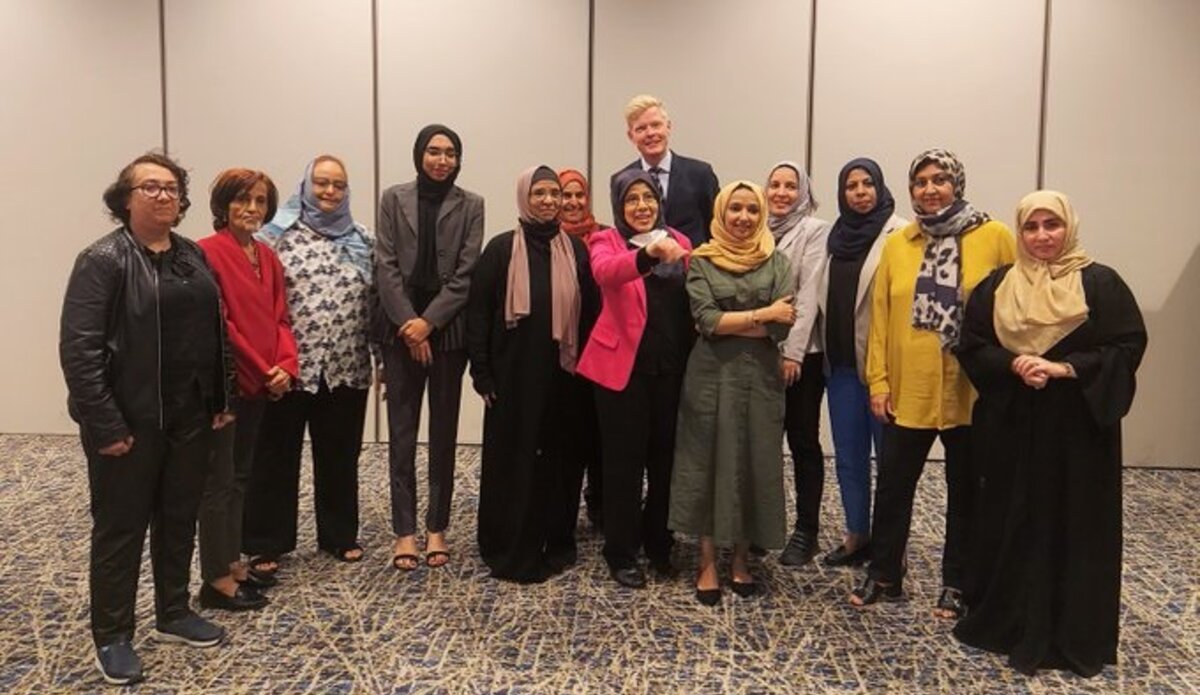 Yemeni women have been actively engaged in matters of peace, security and governance despite their marginalization and exclusion from formal politics and political institutions. Women’s participation and civic engagement elevated during the National Dialogue Conference (NDC), and this active engagement has continued ever since despite the current war. Yemeni women make critical contributions to peacemaking at the local, national and international levels be it evacuating civilians and the wounded from conflict-affected areas, to negotiating humanitarian access, the opening of roads and crossings or the release and exchange of prisoners, to advocating for a nationwide ceasefire to help halt the spread of Covid-19. These critical engagements by Yemeni women happen in addition to the foundational roles they play in ensuring the survival of their families and communities, as crucial services and infrastructure collapse or are destroyed by the war.

Over the years, the Office of the Special Envoy has worked to better understand and support Yemeni women’s meaningful participation in transitional and peacemaking processes and is increasingly focused on ensuring the integration of gender analysis and perspectives into the peace process.

The creation of mechanisms for Yemeni women’s inclusion

In 2015, the Office of the Special Envoy and UN Women collaborated to create, Tawafaq or the Yemeni Women’s Pact  for Peace and Security (Pact)  as a consultative mechanism. The Pact was directly managed by UN Women and grew to include some 60 Yemeni women by late 2018. In 2016, the Office of the Special Envoy invited a delegation of seven Yemeni women from the Pact to Kuwait although the women were not directly involved in the negotiations.

In mid-2018, the Yemeni women’s Technical Advisory Group (TAG) was created by the Office of the Special Envoy with the support of UN Women and the Pact. The TAG is currently comprised of eight Yemeni women. Three women were drawn from the Pact, and the remaining five members were drawn from elsewhere (in mid-2020 five are also Pact members).

TAG members consist of women with diverse backgrounds ranging from economics to human rights to governance, as well as women with experience in politics. TAG members are frequently engaged in consultations on policy issues based on their particular expertise.

In September 2018, eight TAG members travelled to the Geneva Consultations on Yemen. Three papers were developed to feed into those consultations, namely on the economy, on politics and on trust building. In December 2018, six TAG members were proximate in Stockholm, for consultations with the parties and met with the Special Envoy and his team daily.

Women have a fundamental right to contribute to the shaping of the future of their countries and communities. Women’s meaningful participation in peace processes has been proven to improve the quality and sustainability of peace. Consultations with women’s organizations and representatives are vital to the work of the Office of the Special Envoy. Even during the crisis of the COVID-19 outbreak, the UN Special Envoy and his office continue to engage women using digital tools.

The Office of the Special Envoy is committed to strengthening its efforts to promote gender inclusion in line with UN standards and commitments. It strives to mainstream gender analysis and gender considerations in activities, planning and engagements, including by ensuring a minimum 30% representation of women in all OSESGY-led meetings and initiatives.